Two years after Manet exhibited his controversial canvas at the Salon des Refuses, Monet was hard at work on his own version on the same theme. Keen not to be outdone by his fellow Parisian, Monet devised his response on the most ambitious scale; the dimensions of the canvas being 4 x 6 metres. Not only was Monet’s painting larger, it was also more populous containing twelve figures arranged around a lavish picnic set on a white table cloth. 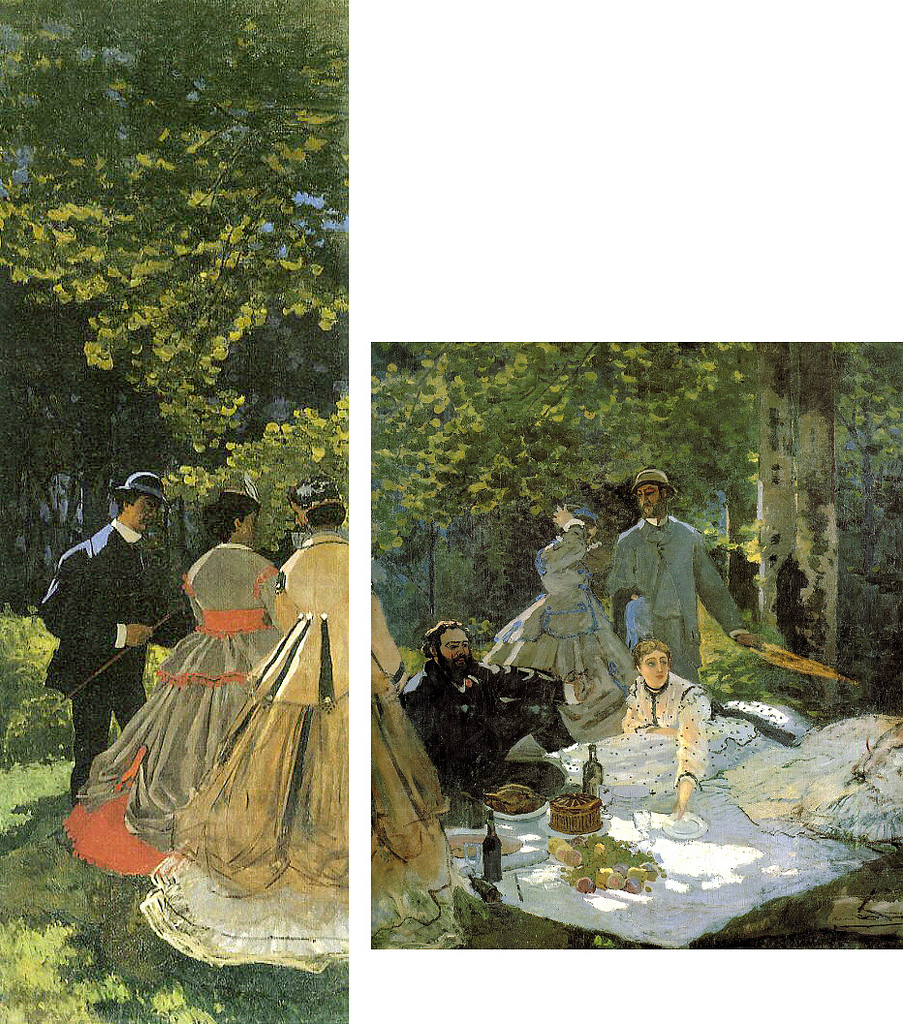 In contrast to the subdued woodland of Manet’s ‘Dejeuner sur l’Herbe, Monet’s version is brighter, radiant with dappled sunshine. It is a successful product of Monet’s commitment to working ‘en plein air’; the ease of a summer’s day made tangible. Manet’s bold style was clearly an influence; the use of black to define and delineate was an important element of the ‘realist school’ to which both artists subscribed. The objective was communicating the visual truth in all its strength and intensity.

Both Monet and Manet deferred to the acknowledged master of the ‘realist’ school Gustave Courbet, whose good opinion mattered enormously to his younger disciples. During a visit to Monet’s studio, Courbet made critical remarks about the giant ‘Dejeuner sur L’Herbe’. These criticisms were enough to kill Monet’s enthusiasm for the work which he abandoned in April 1866.

Subsequently the painting had a chequered history, as Monet explained,

"I had to pay my rent, I gave it to the landlord as security and he rolled it up and put in the cellar. When I finally had enough money to get it back, it had gone mouldy."

It was now 1884 and Monet took matters into his own hands, literally. He cut the canvas up into three fragments, two of which are in the Musee d’Orsay. The third has since disappeared.