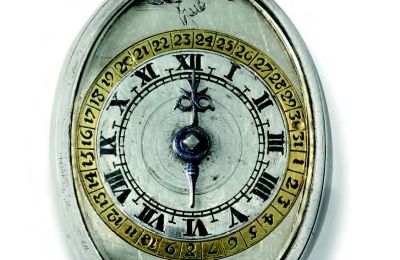 Born with a Silver Spoon

Martyn Downer, the jewellery and silver consultant of Corfield Morris reveals the underpinnings of the silver market. Interviewed here by Flora McEvedy, Martyn explains how this particular market has fared in recent years:

FM: Some asset classes have fared better than others during lockdown; has it been a net positive or negative for silver?

FM: So investing in silver is a safe bet?

MD: I can only really answer for antique silver which I would say is a sound investment. Here as with all historic objects, what one is buying is so much more than the material itself. Collecting silver has always been a passion of mine and how great that I now collect for others as well as myself!

FM: And what trends have you witnessed in the last few decades?

MD: The big shift has been in how silver is used within the domestic environment. Even in the 1960s silver cutlery, also called ‘flatware’, was a routine part of daily life. Then it fell out of fashion but now we are coming back full circle; people have realised there’s a real pleasure to be had in using proper silver cutlery at table or finishing a dining table with a great candelabra.

Another big shift has been the arrival of the internet, which has re-written the dynamic between dealer and customer. Now there are limitless potential customers online, many of them interested in researching their family coats of arms. Capitalising on this exponential interest in genealogy, it seemed a good idea to create a digital database of over 60 000 crests which anyone can access at myfamilysilver.com

FM: That is quite a resource as everyone is interested in their family backround.

MD: Yes, look at the popularity of the BBC’s ‘Who do you think you are?’ It’s quite satisfying uniting a silver spoon with the descendants of the individual who bought the canteen originally. In fact there’s so much satisfaction to be had doing detective work, finding out the back story of certain intriguing objects. I have been lucky enough recently to work with two extraordinary objects, digging away – it’s all a bit geeky really, until the mystery has been resolved.

The first was a fine cup with the inscription, ‘From Prince Charles Edwd Stuart To Chas Selby Esqr of Earle In Remembrance of His Many Services in 1745 & 1746’. Research lead to a much clearer understanding of what had happened to the treasure allegedly buried near the battlefield at Culloden following the Jacobin defeat on 16th April 1746. The defeated prince had given the cup to thank the man who had saved his bacon financially. The treasure, namely several sacks of louis d’or gold coin, far from being buried had been physically transported to London by the recipient of the cup, one Charles Selby, a local farmer. Once in London, the French currency was exchanged for paper money.

George II silver cup and cover inscribed 'From Prince Charles Edwd Stuart To Chas Selby Esqr of Earle In Remembrance of His Many Services in 1745 & 1746'.

The second was a Puritan-style fob watch made by William Cley and bought by Oliver Cromwell in 1647 which radiates history:

The Lord Protector gifted the watch to his deputy treasurer-at-war, John Blackwell, in 1650 at the siege of Clonmel. The provenance of this timepiece is quite exceptional as it remained in the same family until it was put up for auction in Carlisle in 2019.

Cromwell’s watch today, superimposed on its illustration in The Gentleman’s Magazine in 1808

FM: That is quite the history lesson.

MD: Of course that is what makes silver so fascinating, linking it back to the makers but also winkling out the story behind… we all love a good story!