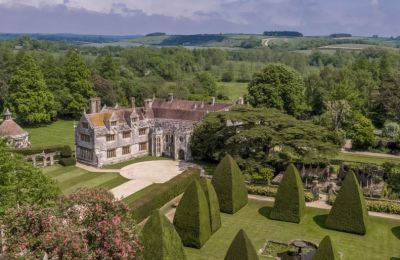 Tim Corfield on the forthcoming contents auction of Athelhampton House

The oldest part of the Grade I listed manor is the magnificent Great Hall with an outstanding hammer-beam roof. Architectural historians consider it to be one of the finest examples of early Tudor architecture in the country.

Sadly though the house has had a chequered career and been through many changes of ownership, so very little of the contents have been in the house for long.

In 1957 Athelhampton was bought by the eminent Bristol surgeon Robert Victor Cooke, and it was he who restored the house and built up the collection of 16th, 17th and 18th century paintings, furniture and works of art being sold this week.

It will be interesting to see just how good the collection is as scholarship has advanced a lot since the 1950’s, but some of the pieces seem to have been bought from top dealers, so those at least should be genuine.

One of the highlights appears to be this carved mahogany side table apparently dating to about 1750. The rococo carving is exceptional, however the gadrooned edge to the top is unusual, and just might be a 19th century enhancement. We shall see tomorrow.

Then there is this George I walnut bureau bookcase. With a piece like this its ultimate value depends on just how original it is, and perhaps most important of all how good the faded honey colour of its burr walnut veneers are. I hope to find that the colour is wonderful, and that the handles are original. 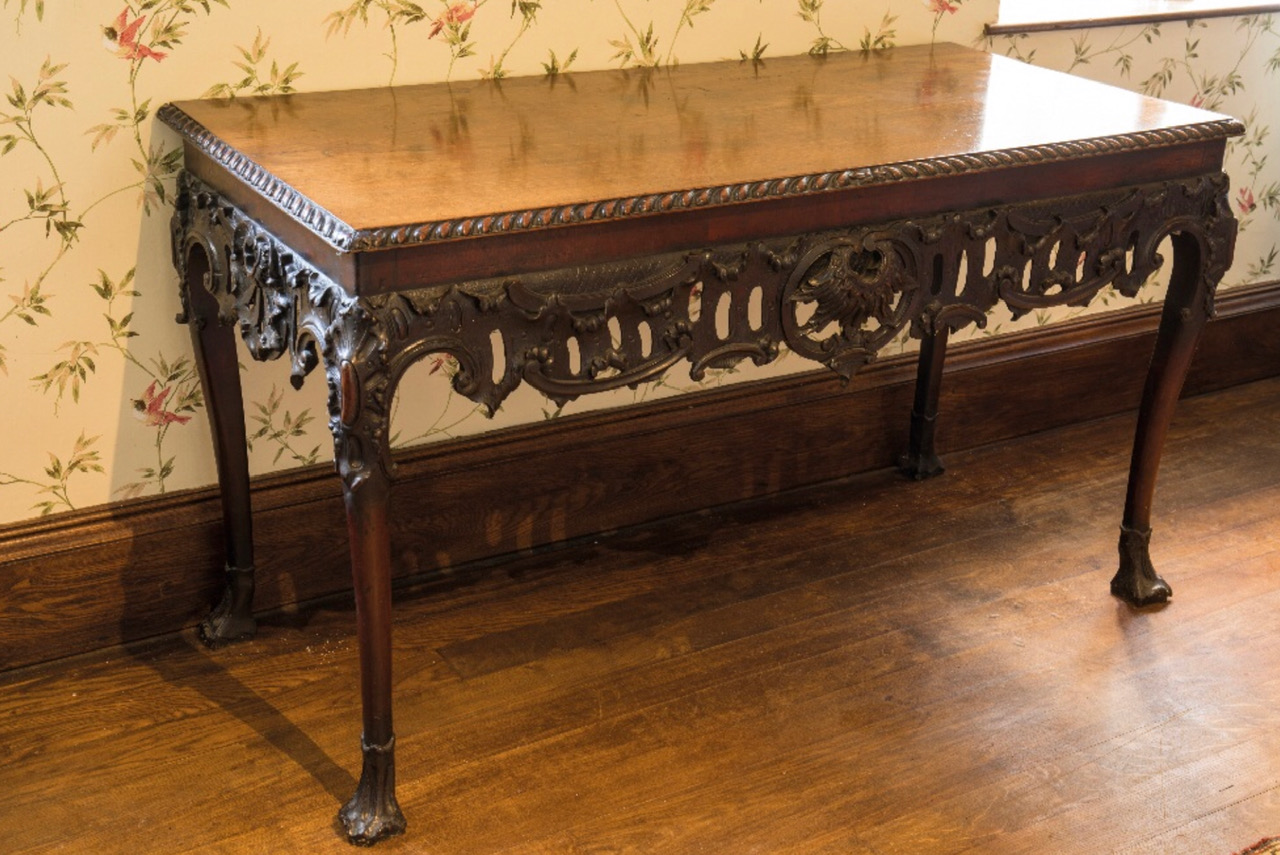 The big problem it has is that the doors should have mirrors, not glass in them. It could be that the glass is in fact the remains of the original mirrors, in which case they could be sympathetically re-silvered. However the original back boards are also missing, so this is quite a serious problem form an originality point of view.... still if it is wonderful in all other respects, restoration back to its original form would be well worth while.