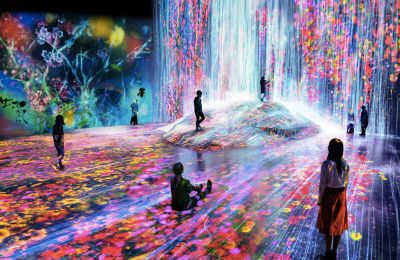 Thoughts on the future: The 2020s in Contemporary Art

From mega-galleries to millennial collectors, we reveal our predictions for this dynamic market in the decade ahead

When 2009 turned to 2010, the overwhelming majority of articles forecasting the decade ahead predicted doom. After all, we were still reeling from the financial crisis and there was little in the way of positive news that could have predicted a roaring 10-year run for the market of Contemporary art. And yet, the 2010s saw prices for art created during the last 50 years continue to rise, with records for paintings that were barely dry falling at a dizzying pace – Leonardo da Vinci’s ‘Salvator Mundi’ sold for a staggering $450million in a Christie’s Post-War and Contemporary auction, a figure that even the most savvy market participant would have laughed at in 2009.

While these huge prices may grab the headlines and the attention of the broader world, it is perhaps even more important to consider that beneath them the Contemporary art world has emerged from the 2010s as a much bigger, broader and deeper market, complete with many more participants than ever before and many more artists selling many more works for prices that are higher than ever. The question remains much the same as it was in 2010: is any of this sustainable?

Simply put, yes. While there will inevitably be moments where things look shaky – for example, the forthcoming 2020 edition of Art Basel Hong Kong, where sales will surely be affected by the ongoing protests (with several major galleries considering pulling out of it) – the value of the market for Contemporary art will continue to rise this decade. There are just too many wealthy and powerful people with too much money involved for the market as a whole to decline – and save for a global crisis of World War proportions, we can’t believe that the international taste for the Contemporary will abate any time soon. However, in amongst this broad growth there will be many rises and falls in the micro-markets of individual artists, with new stars emerging as quickly as others fade. If we only know one thing, it is that this will be fascinating to watch.

For instance, can the current vogue for figurative painting continue – and if so, for how long? The markets for artists already relatively well-established in this area (such as Lynette Yiadom-Boakye, Harold Ancart and Jordan Casteel) should persist, but collectors won’t have much room to remember many more names… we fear for the future of some of the very young figurative work that is coming out of art schools at the moment.

Similarly, will the gap between the prices for work by white and non-white artists continue to narrow? Yes, thankfully, we think it will – although there are some much-buzzed about young artists from non-white backgrounds whose work has a very narrow scope that we can’t imagine will win out in the long term. There are a number of very overrated white male artists whose work we may see decline in value (prices have already begun to flatten), but the bursting of some bubbles can be no bad thing so long as there is fresh work to take its place at the same level.

The other trend that will continue long into the foreseeable future is the expansion of the mega-galleries, which seem to be growing at a rate of knots. Hauser and Wirth has announced the representation of a new artist almost every week this year and it looks as though they are trying to double or even triple the size of their roster, as well as open up new hotel-galleries all over the world to show them in. This process squeezes out smaller dealerships, many of which will suffer from the poaching of their successes. What’s more, as the role of the gallery pivots from art laboratory to luxury experiential-retail, it will be interesting to see how the emerging end of the market is able to cope.

A view of the new Hauser and Wirth, Menorca

For many working in the art industry, the greatest hope we can have for the future is the professionalisation of the market, which has begun but is still slow growing. If there could be a way to have greater transparency around prices – and more accurate data in general – potential collectors would have much greater comfort in engaging with a market that has historically thrived on opacity, but which will need to adjust if it is to continue to expand.

Lastly, in the next 10 years it will be millennials, rather than baby-boomers, who become the crux of the art market. Accordingly, the industry will need to find better ways of appealing to them if it is to continue to grow. We are reminded here of the famous line in Giuseppe Tomasi di Lampedusa’s novel The Leopard that says, “everything needs to change, so that everything can stay the same”. With the power and wealth of the major players in the industry growing at the rate it is, this type of generational shift feels well within the realm of possibility.